Your Right To Be Rich Academy, is for those who want to go deeper and shift their life into greater wealth harnessing the 17 Laws of Wealth defined by Napoleon Hill. 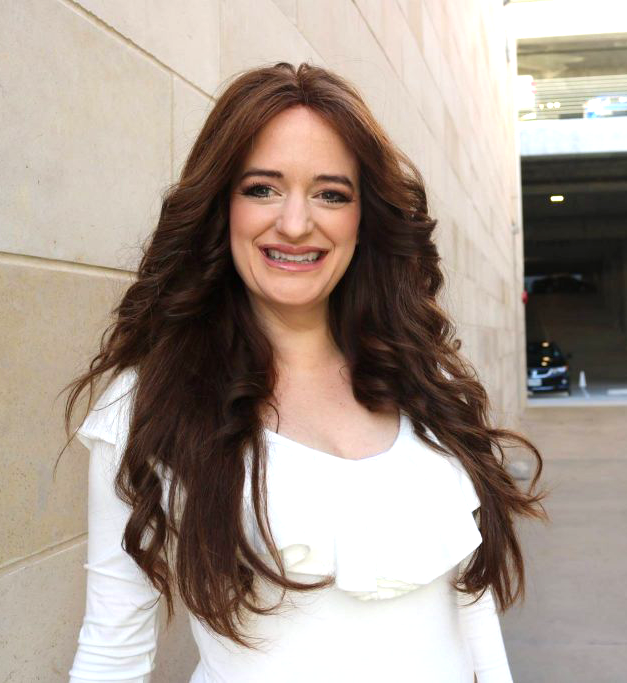 What's Holding You Back From Wealth & Your Dreams?

How many times have you told yourself, have been told, or believe the following about money?

"Money is the root of all evil"
"Money always runs out."

"Having money is selfish."

"There's not enough for everyone"

"It takes blood, sweat, and tears to be wealthy."

"I don't deserve to have money."

"My parents weren't rich so that means I won't be either"

"When I'm successful I will have earned it"

"I have a money block that's preventing me from being successful."

And how many do you believe are true?

I bet at least one of them, right?

Do you know what the wealthy think of these statements?

They are completely FALSE!

What you think, believe, say, and keep affirming about money...
​
...is the very thing that's keeping you from it.

In fact, what we say and believe determines our results in life.

And here's the kicker that very few people will ever tell you:

Your finances have very little to do with money in the first place.

In fact, how much money you have in your bank account hardly has anything to do with your worth, how hard you work, and what you deserve.

It's all about the story you keep telling yourself about what money is and if  you are able to have it.

You see...Money is a state of mind. Money is a form of energy.

The amount of money you earn and hold onto is just a reflection of your belief system around money and what you're an energy is matched to.

The cumulative total of everything you ever heard about or experienced when it came to money -- that is what manifested into your physical reality.

You've been TAUGHT your "money story" starting as early as when you were just a child. 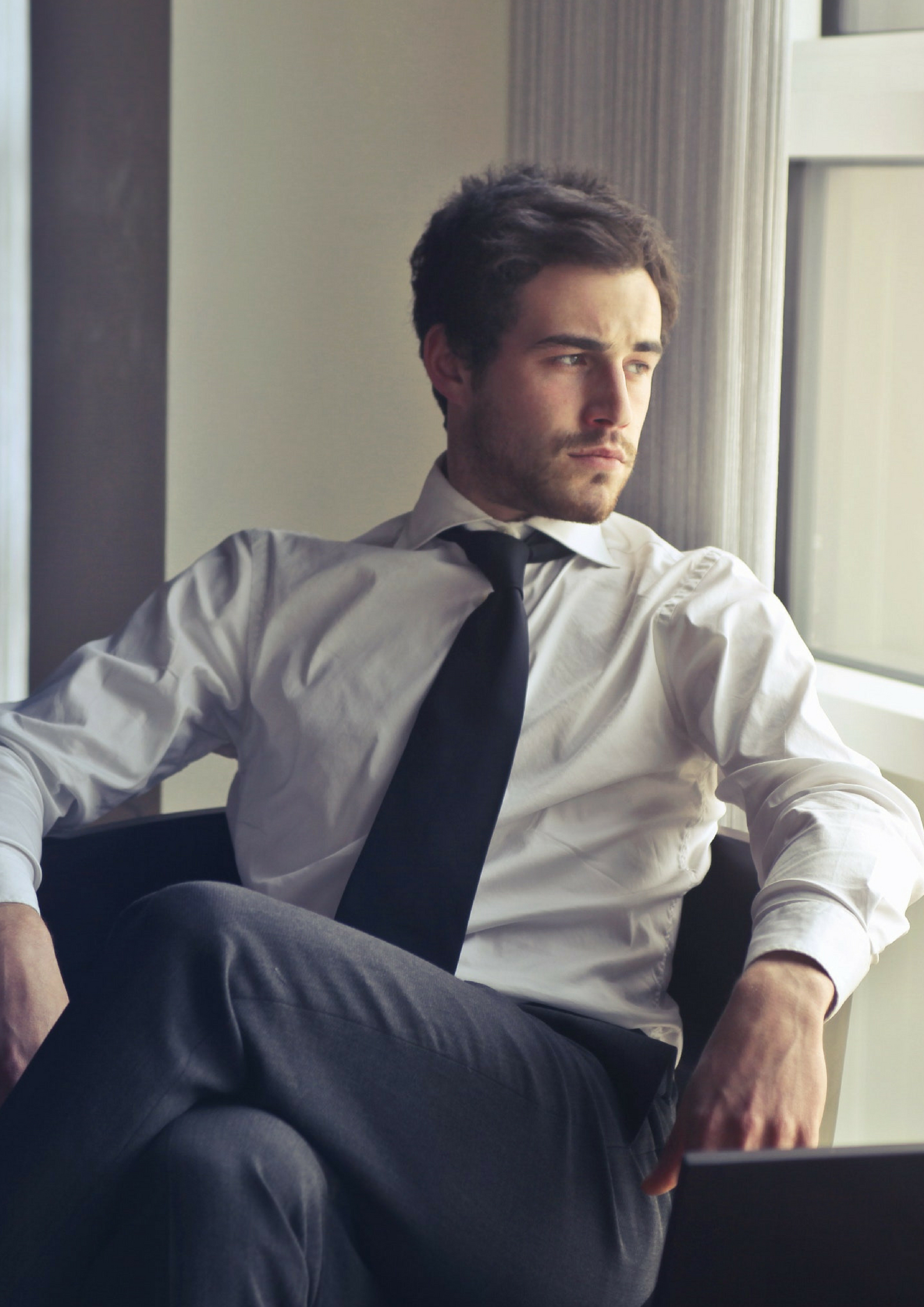 Just 2 years ago I found myself desperately in need of making money after being laid off and moving to a new state.

​I had $70,000 worth of debt, working at a job I dumbed down my resume to get, trying to keep my nonprofit afloat - and my coaching business wasn't even a thought yet.

I had nothing to show for the insanely hard work I'd put into building my nonprofit the last 5 years or the books I had written and wondered where I went wrong.

This time of my life was the lowest point I've ever hit. I was scared, frustrated, and couldn't believe how I got myself into this situation. I just moved to Dallas to pursue my dream-- I left a career at a Big 4 Firm that I was burned out on -- to live in a sunny place, helping people in my ministry, and create a life of service -- and life went completely the opposite direction for me.

I found myself disillusioned by religion, unable to get the speaking engagements I needed because I was a woman. And in the circle I was in that seemed to be a negative thing....

I ended up at one point driving Lyft just to pay the rent and in order to make enough money, I had to drive for 13 hours a day.

And to make matters worse...

...when I started driving I hit my head on the car door and needed stitches.

Running to the nearest walk-in clinic they drained my bank account and told me I didn't have enough money to stitch my head up.

I then drove with a bleeding head for a week 13 hour days just to keep from being homeless. When I went to the church I had been working hard for, to help me get stitches, they slammed the door in my face.

It was a wake-up call for me that those I had surrounded myself were not only bound by religious rules, they didn't care about my welfare.

I hit a low point from working for a successful Firm serving Fortune 500 and building what I thought was my dream to barely making it. I managed to get a few consulting jobs but soon found that the companies wanted to hire me for what I knew, drain it all from me, and then end the contract.

I was making $1,000 a week driving 13 hours a day but was exhausted and humiliated.

"How would I increase my income to get out of this hole I'm in?"

"How would I pay my bills?"

"Do I even have enough for food?"

"What if I have a money block that's keeping me broke?!"

"What if I end up homeless?"

Those were the questions that haunted me for a year.

But I KNEW I HAD to bust my tail -- and I was determined to do ANYTHING to be successful.

I decided at that point that I had to focus on making money and choosing that as a priority if I ever wanted to help people or help myself.

I shut down my nonprofit and decided to take my business knowledge serving Fortune 500 to entrepreneurs as a coach, that is when I started A Call To Thrive.

But my mindset had to change, I had the wrong beliefs about making money thinking money was bad and the lowest value in life.

I started to apply what my father had taught me through Tony Robbins programs that I knew worked, things I had rebelled against to pursue a spiritual career .

I began to shift my mindset about money, about what I could achieve, who I wanted to become and why, I realized the religious rules I had chosen to believe were keeping me broke. I

began to ask myself why I wanted to "minister" in the first place and it came down to seeing the impossible in others lives which I felt could be the start of a new beginning. I began to study the success traits of my successful rich relatives such as Warren Buffett, Jimmy Buffett, William Randolph Hearst to name a few...and began applying them to my life. (What I studied and applied is in this program)

I decided to start to create as many income streams as possible. I grew an essential oil business to six figures, I made videos on YouTube...

......I then found Amazon FBA and started to make more money and finally paid off my debt and started to create a financially independent life, then I began teaching

....others to do the same thing I had been doing to break out of the cycle of lack.

My videos documenting some of my journey caused my YouTube channel to grow and I began to be able to help more people to succeed like I had.

My coaching business finally took off, I started to make a couple of thousand dollars a month just off of YouTube, then thousands of dollars off of coaching.

All of these income streams combined began to create a secure financial base that I could rely on and I began to live in a state of overflow of more than enough money. And the best part was I got to help others and not be broke myself.

But I would have never been able to succeed at any of this if I hadn't shifted my mindset.

Applying the teachings of Napoleon Hill was the beginning of me changing my decisions to create wealth for myself and decide never to be at the mercy of a single job, others giving, or at the mercy of anyone offering me a speaking gig. And now I want to share them with you!

“​Whoever you may be - whatever you may now be doing, the PMA Science of Success philosophy will give you a better understanding of yourself and other people so you may negotiate with others in that friendly spirit which inspires others to cooperate with you at all times.”

What's Included In The Academy?

OVER THE 6 WEEKS IN THE ACADEMY, WE'LL BE DIVING DEEP INTO THE

17 SECRET LAWS OF WEALTH SOME HIGHLIGHTS ARE:

Clearly defining what you want to create in your life, how much money you want to make and discovering your "why".

We can't succeed on our own, we need a solid group of those around us that are talented, skilled and can support us in our journey. Not everyone knows how to build a mastermind group or who should be included. We will walk through the step by step process of creating your lifetime alliances for success.

How To Turn Your Failures Into Success

When we go after our dreams there are going to be times when we face failure but there is a difference between those who succeed and those who stay in failure. Learn how to take your failure and turn it into lifelong success.

The Power of Influence & Charisma

It isn't always easy to understand why there are many who seem to be natural influencer's while the rest of the world follows. But to become an influential leader the process might surprise you! It isn't about being better than everyone else, instead, there are simple laws influencer's follow that others don't. Learn their secrets and begin to shift your influence immediately.

Unleash Wealth Into Your Life

Learn how to acquire money and make it serve you rather than you serving it. Our habits create who we are so we will be reviewing your current habits and you will learn what habits to create to create abundance.

The Spiritual Laws of Success

Just like gravity, the world works with unseen laws and it is a must to understand how these laws work in life if we are to succeed at anything.

Do you put projects off? Maybe you know what you should do and want to do but it never gets done? We will spearhead procrastination and you will receive the keys to get everything done effortlessly.

The Power of Focus

It is impossible to achieve big goals in the short time we are given without concentrating efforts on your purpose. You will learn how to function with massive focus and get more done than you thought possible.

Your Right To Be Rich

This 6 week academy focuses on "Your Right To Be Rich" and it is a fully interactive step-by-step system designed to deeply imprint its profound, wealth-generating, life-changing lessons on your subconscious. By following a series of simple, proven, time-tested exercises in the system, you will fully integrate each lesson into your daily routine and, most importantly, into your personality, mindset and attitude. As a result, you’ll begin to think and act like the wealthy elite, and see positive results in your life almost immediately! The method you’ll discover in Your Right to Be Rich has turned more people into millionaires than any other personal development information available.

MY NAME IS...
Aimee Montgomery

I am passionate entrepreneur coach. My successes in Amazon FBA, serving Fortune 500 Clients, and in nurturing my six-figure businesses have compelled me to educate people on the art of business. I often travel, hold workshops, conferences and attending events where I impart my knowledge to hungry audiences. I offer one-on-one coaching to build online businesses and make money. And now I am offering Your Right To Be Rich to help you break through your own barriers to success.

Reserve Your Spot
​You Have A Right To Be Rich!

Don't miss out on this new program!

© A Call To Thrive LLC. All rights Reserved   I   Policy  I   Disclaimer